Lana was our choice of the McMurtry’s 2009 calf crop. Sired by Painter, we really like her moderate frame, neck extension and mothering ability. Lana’s first calf, by Dora Lee Equinox, was retained to use on heifers in 2011 and her 2011 calf, by Dora Lee Jake, was our high-selling bull in the 2012 Red Deer Bull Sale, selling to Westgold Farms for $12,000. She is throwing chunky, solid coloured, heavily pigmented calves. 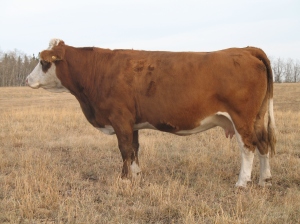 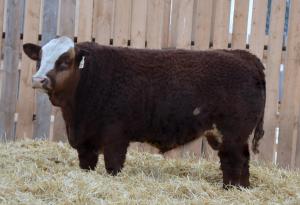