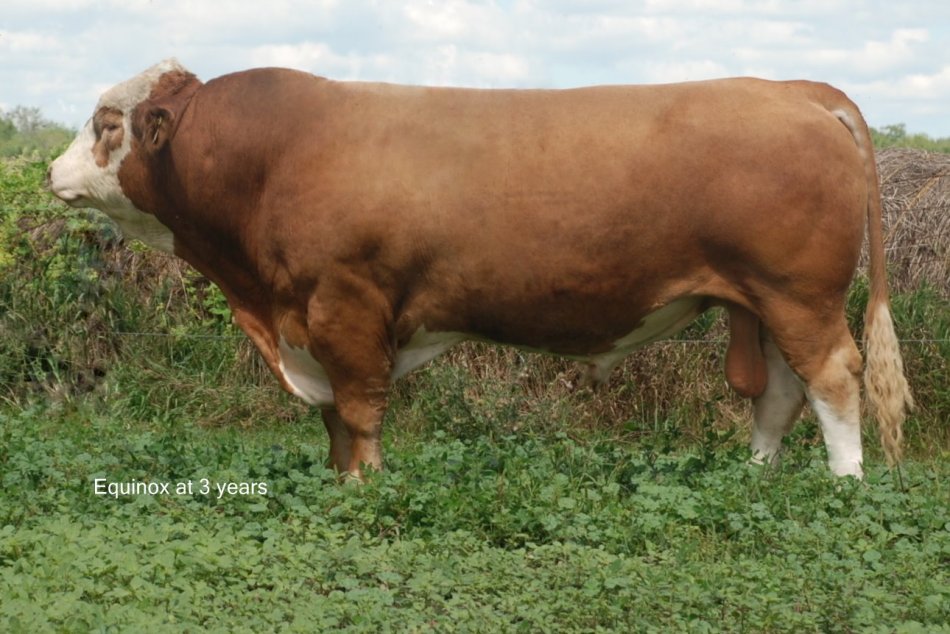 Dora Lee’s Equinox is the next generation of excellence, and is a true homozygous polled performance bull.  An Eclipse son, Equinox is throwing slightly bigger calves than his sire, but is more than making up for it in the performance department.

In 2009, we were one of two breeders selected to ‘prove’ Equinox, and we were extremely happy with his offspring. Equinox genetics debuted for the first time at the 2011 Red Deer Simmental bull sale.  His first son to sell, APLX Ensign 2X was the high-selling Fullblood, selling to Langer Fleckvieh from Edson, AB for $8,000.   The first three of his daughters were introduced to the public at the 2011 Fleckvieh Forum Sale on October 2nd in Ontario, where they average $3,300; selling to breeders in Saskatchewan and Quebec.    30 doses of semen also sold, averaging $90.

We look for more great things to come from Equinox in the future. 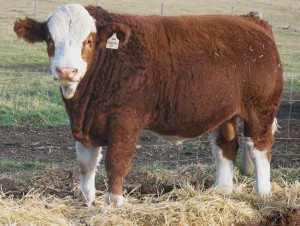