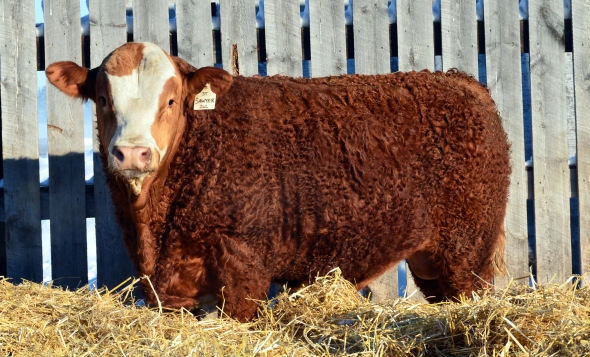 Sawyer is another of our ‘youngsters’ that has worked his way into the conversation despite his mid-February birthday. Pictured at exactly 11 months of age, Sawyer is a polled APLX Samson son by HEMR Tasha, the Porterhouse Regent cow we selected from the Heimstra Dispersal back in 2009. Tasha has been an exceptional producer for us: multiple daughters and grand-daughters are in the herd, and she is also the dam of APLX Axel 5Z, the high selling bull at the 2013 Red Deer Bull Sale, selected by Mike Imler / MI Simmentals at Okotoks. Look for Sawyer to breed true and carry on the great legacy of the strong cow family behind him. 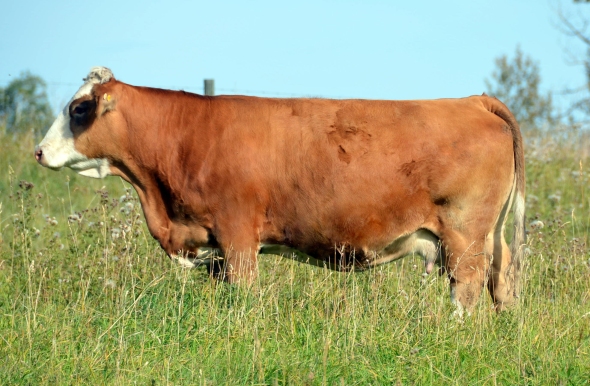 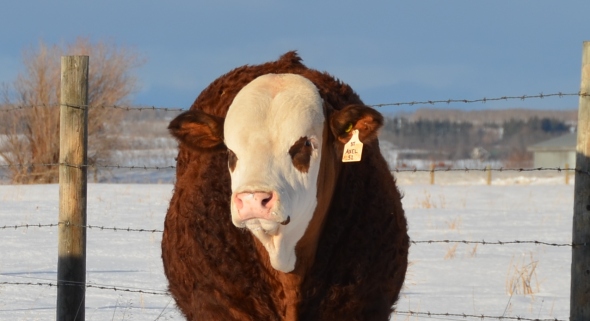